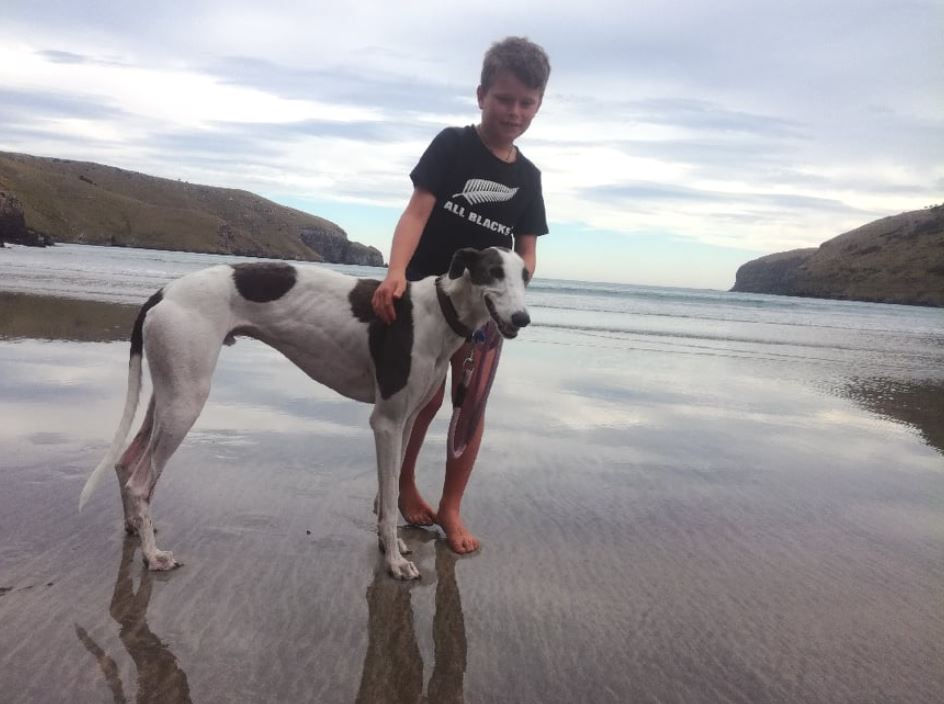 The story of Enzo and Zinzan shows that no matter your age, you can work on making your dreams come true and be an inspiration for others.

Enzo met his first Greyhound via a Zoom call to family friends in the UK who had a Greyhound. That's where his love of Greyhounds started, and after attending a GAP event he knew he had to have one of his own.

Enzo decided he would raise the money to adopt his very own Greyhound from GAP. He started making concrete mushrooms, and sold them at his local market where kids would come and paint their own mushroom and take it home. He also made and sold his own dog biscuits.

In the meantime, Enzo decided to do all the research he could on the breed and even did a school project on Greyhounds and how amazing they are.

After two years he had raised the money, and his family had been matched with the perfect hound. When it came to choosing a name for his new best friend, Enzo decided on Zinzan as he aspires to be an All Black (After Zinzan Brooke). Although Enzo's mum, Amanda, thinks he should be named Zen Zan as this hound is "more like a buddhist monk than a rugby player."

Enzo continues to be an inspiration as he now makes dog biscuits to sell at the local market to raise money for GAP.

Thank you Enzo for everything you do for Greyhounds. You are an inspiration. We think you're Pawesome!